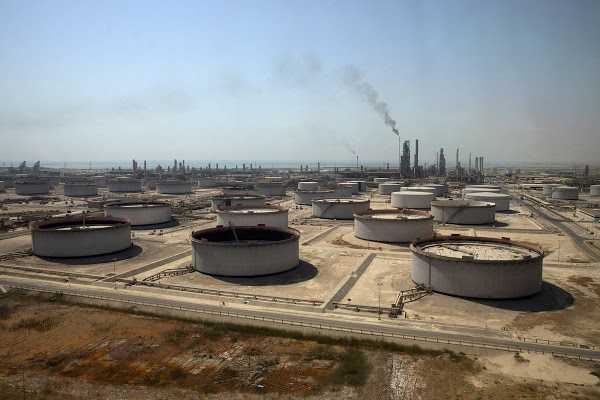 Bitumen
Bitumen is an oil based substance. It is a semi-solid hydrocarbon product produced by removing the lighter
fractions (such as liquid petroleum gas, petrol and diesel) from heavy crude oil during the refining process. As
such, it is correctly known as refined bitumen. In North America, bitumen is commonly known as "asphalt
cement” or "asphalt”. While elsewhere, "asphalt” is the term used for a mixture of small stones, sand, filler
and bitumen, which is used as a road paving material. The asphalt mixture contains approximately 5%
bitumen. At ambient temperatures bitumen is a stable, semi-solid substance.
The vast majority of refined bitumen is used in construction: primarily as a constituent of products used in
paving and roofing applications. According to the requirements of the end use bitumen is produced to
specification. This is achieved either by refining process or blending.
It is estimated that the current world use of bitumen is approximately 102 million tonnes per year.
Approximately 85% of all the bitumen produced is used as the binder in asphalt for roads. It is also used in
other paved areas such as airport runways, car parks and footways.
HFO
Fuel oil is a fraction obtained from petroleum distillation, either as a distillate or a residue. Broadly speaking
fuel oil is any liquid petroleum product that is burned in a furnace or boiler for the generation of heat or used
in an engine for the generation of power, except oils having a flash point of approximately 40 °C (104 °F) and
oils burned in cotton or wool-wick burners. In this sense, diesel is a type of fuel oil. Fuel oil is made of long
hydrocarbon chains, particularly alkanes, cycloalkanes and aromatics. An example is Eskom which consumes a
lot of HFO to fire up their burners.
Molten Sulphur
Molten means it is sulphur in a liquid form. Molten sulphur is then combined to make chemicals for use as
fertilizer, making acid for batteries or used to make gasoline.
Sulfuric Acid
 Liquid sulfur is one of the main ingredients in the acidic industrial chemical sulfuric acid. The sulfur in
liquid sulfur can be derived from a number of chemical processes, including melting pure sulfur and
combining it with oxygen or heating a chemical with sulfur already in it, such as iron sulfide. Sulfuric
acid is a very corrosive, and thus dangerous, chemical that is used as an ingredient in many products
from pharmaceuticals to batteries.
Fertilizer
 Fertilizers use molten sulfur as a main ingredient. Often this molten sulfur will be mixed with other
chemicals to create sulfuric acid, which is then sent through processing with a number of other
chemicals to make the end product of fertilizer. Throughout the process, the liquid sulfur must be
kept at extremely high temperatures to ensure it does not begin to crystallize.
Batteries
 Sodium-sulfur batteries, also known as NaS batteries, use molten sulfur at the positive electrode. The
negative electrode uses liquid sodium. Sodium-sulfur batteries are known to be highly efficient and
are often found in many home appliances such as electric shavers.
Propane
Propane is a hydrocarbon (C3H8) and is sometimes referred to as liquefied petroleum gas, LP-gas, or LPG.
Propane is produced from both natural gas processing and crude oil refining, in roughly equal amounts from
each source. It is nontoxic, colorless, and virtually odorless. As with natural gas, an identifying odor is added so
the gas can be readily detected.
People use propane in and around their homes for furnaces, water heaters, air conditioners, outdoor grills,
fireplaces, and appliances.
On farms, propane-fueled equipment and technologies control pests, dry crops, and power irrigation pumps.
Industrial uses include propane-driven forklifts and fleet vehicles.
And millions of commercial establishments, including restaurants and hotels, depend on propane for heating,
cooking, and other uses.
Light Cycle Oil
In the petroleum industry cycle oil is an unwanted liquid residue produced when using catalytic cracking to
convert heavy hydrocarbon fractions from earlier stages of refining into more valuable lighter products[1].
Catalytic cracking produces petrol (gasoline), liquid petroleum gas (LPG), unsaturated olefin compounds,
cracked gas oils, cycle oil, light gases and a solid coke residue. Cycle oil may be processed further to break it
down into more useful products; in particular it may be mixed with heavier products and put through the
refining process again (recycled).
Author: Mohsen Shahvar